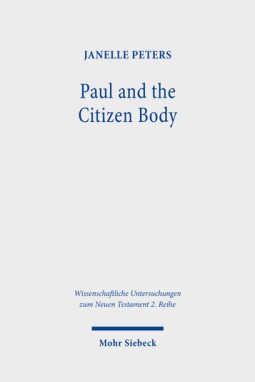 In this study, Janelle Peters argues Paul's construction of an individual body and communal body in 1 Corinthians serves as an alternative to Roman and Greek models of citizenship. She situates the athletics and veiling of 1 Corinthians within ancient authority and citizenship, which prioritized having control over one's body and head. Contrary to scholarly assumptions that these citizenship indicators would have restricted the previous freedom of all women in order to present conformity with Roman norms, the author contends that the elements of bodily control Paul imposes on the Christian body construct a new citizen body that appeals to Roman and Greek notions of prestige in order to transform the experience of the Christian both in the present world and in the heavenly politeuma. Unlike civic honors within Roman and Greek secular polities, this citizen body is accessible to all, regardless of social status. 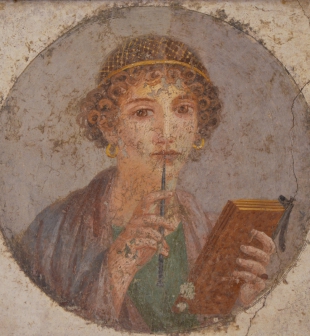 Paul’s prescription of veiling practices at Corinth interfaced with Roman customs at the Roman colony. In the early imperial Roman view, clothing and grooming displayed one’s place in the socioeconomic hierarchy, both by custom and by fiat. Roman interest in hair exemplified the artifice the Romans created in order to separate civilization from the natural, Roman society from the barbaric. As part of maintaining a militaristic appearance, Roman men during the late Republic and early imperial period visited commercial barbering establishments daily. For women, ornate hairstyles indicated extreme wealth. Veiled heads signaled power over one’s own head, that is, not being enslaved and ranked among the foreigners captured in war in the social hierarchy. Only high-status individuals — male priests, female priests, elite women capable of being married, and so forth — wore veils. Elite satires make the abnormality of a slave woman receiving the honor of a marriage veil quite clear. Therefore, I argue that Paul gave the Corinthian Christian women status when he gave them veils, and he denied the social construction of the Roman Empire by refusing head-coverings for men. As the Corinthian Christians are participating in outside social events, they cannot completely extricate themselves from outside social values, as we see in the desire of the “strong” to partake of food sacrificed to idols at banquets. Paul encourages the Corinthians to cohere along gender lines in order to lessen their attachments to factions based on socioeconomic status or ritual (that is, baptism). 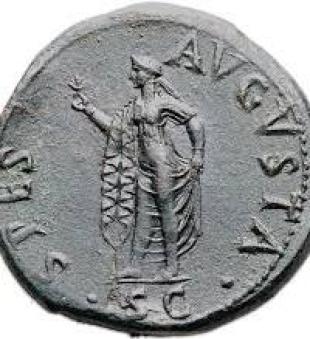 The flowers’ activity in the saying of Jesus about anxiety indicates an interest in cloth production across the socio-economic spectrum. I demonstrate that wool-working is a central feature of the multiform tradition of this saying and that spinning in particular was associated with women. I further note that the activity of gazing at flowers was an activity that was connected with the iconography of the goddess Spes, the Roman personification of Hope. These two cues render the entire saying an exhortation toward the feminine. 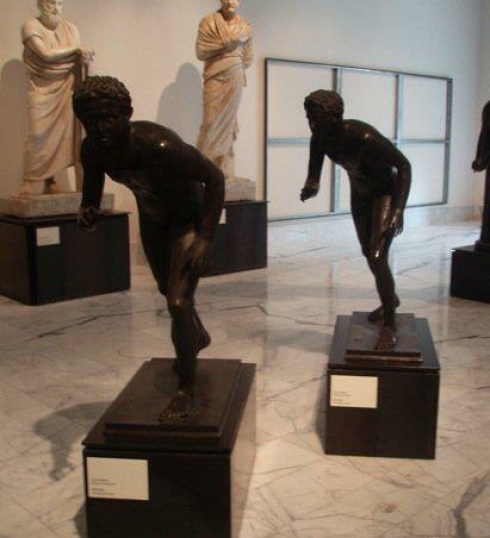 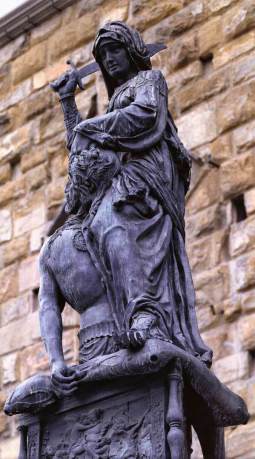 While Judith was used with Esther and other books with female protagonists to promote the reignof Queen Shelamzion Alexandra and the activities of female Pharisees, as Tal Ilan has argued, the role of Judith in the historical examples of 1 Clem. presents Judith as needing to seek the permissionof the elders of her besieged city in order to go to the enemy camp and behead Holofernes. This article argues that such an interpretive move preserves the authority of Judith in Hasmonean and Pharisaic interpretations. 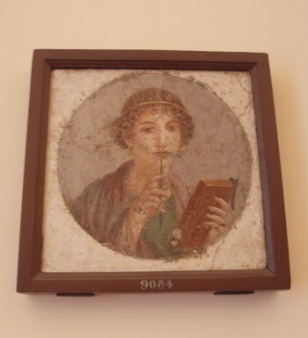 Several powerful women receive praise in 1 Clement. Clement introduces women into the historical survey known from Hebrews. He compares female martyrs with apostles, and he lists Esther and Judith with foreign kings. I argue that Clement's validation of the prayer and prophecy of figures such as Esther and Judith indicates that Clement is not opposed to female leadership, and, indeed, Clement does not forbid women from office in his discussion of the leadership structures of the Corinthian church. Clement's concerns may be connected to the contemporary movement from temporary ecclesial offices to less democratic, permanent priesthoods in Roman Greece. Roman control of Greece increased the importance of belonging to the Greek aristocracy. Corinthian Christian support for democratically elected leaders could be the impetus for Clement's letter. Arguing against Roman Greek priestesses and Christian female leaders on account of their sex is not part of Clement's project. We have no evidence from 1 Clement that the letter, which refers to the Pauline correspondence with churches of Corinth, knows of and adheres to the injunction against female public speech in the Pastoral Stratum of 1 Corinthians 14:34–35. 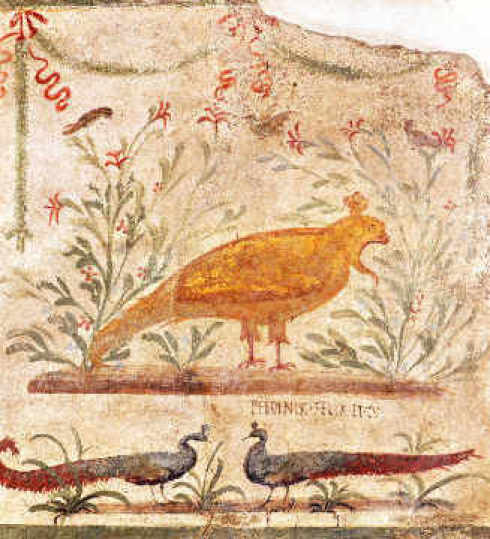 The appearance of the phoenix in chapter 25 of 1 Clement serves as a proof of the resurrection along with the temple and sown seed of chapters 23 and 24 and the Jewish figure of Job in chapter 26. 1 Clement presents the phoenix myth as if the letter’s audience lacked the complete tradition, though the church of Corinth should have been acquainted with the phoenix. The bird was a common fixture of Greek and Roman mythology and Roman political life and naturalistic discussion. 1 Clement
demonstrates that this important Roman natural sign is a foreign bird with equally exotic witnesses. Like the Christian savior who has paradoxical honor in a hostile Roman imperial context, the phoenix is an Arabian bird that dies and reduces to a worm which regains its glorious form and receives honor from a venerable Egyptian cultic site. A bird known to be androgynous, the phoenix receives no description of gendered habits or plumage. In 1 Clement, the phoenix therefore constitutes natural and inclusive proof from the realm of Roman knowledge that resurrection can be expected even by those outside of the Roman Empire. Implicitly, as inhabitants of the Roman Empire, the Corinthian community should believe in the paradoxical sign of the phoenix. 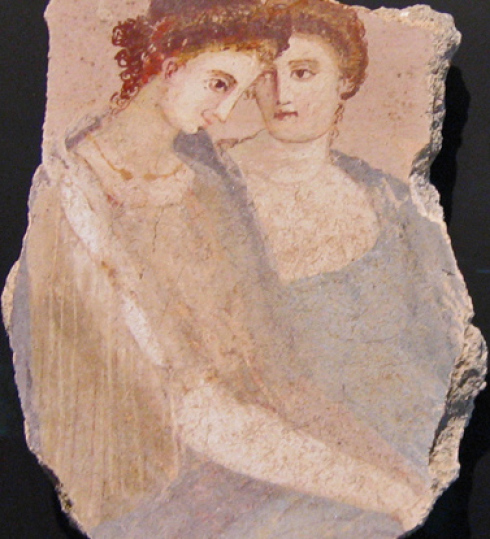 "The Spring as a Civilizing Mechanism in Daphnis and Chloe," Cultural Crossroads in the Ancient Novel (DeGruyter, 2017). 121-140.

In Daphnis and Chloe, the spring is the central motif of the proem and the novel as a whole. The motif counters male domination as it is associated with Chloe, while the flowers that springs in the novel water are identified with Daphnis. This study will examine how the motif of the springs develops the resistance of Daphnis and Chloe to pervasive cultural constructions of gender, creating individuals who participate in larger society without reproducing its structures. 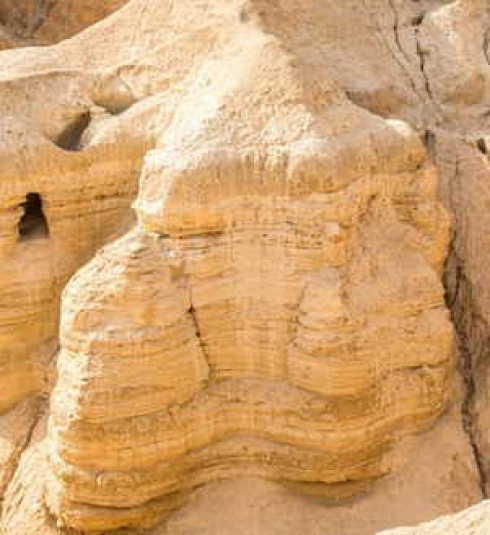 This article reads the veiling instructions in 1 Corinthians 11:1-16 through Paul’s appeal to creation. The letter positions both genders in God, and it follows

contemporary Jewish literature in assigning angels to creation and gender interdependence. It neglects to introduce the classist spousal language found in

contemporary Roman and Greek literature. Ascetic, unmarried, and married persons found inclusion in this vision of the body of Christ. 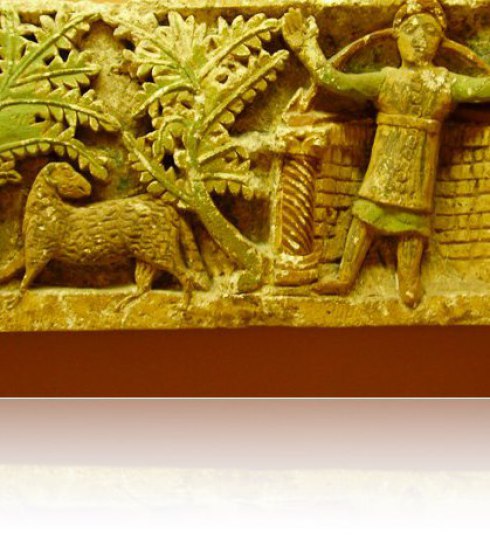 Though often interpreted in light of Mesopotamian traditions, exegetically problematic images in Dan. 12.5-13 have analogues in Hellenistic visual and literary representations of river gods. Hellenistic associations from the preceding chapters of Daniel 10–12 are amplified in the epilogue. Like Hellenistic river gods, the man in linen stands on the river with two attendants and two hands lifted in an attitude of sacrifice, prayer, and prophecy (cf.1 En. 84.1-6). The man’s orientation suggests an evocation of the Jewish Temple, a pressing contemporary concern (cf.1 Macc. 1.54, 59). Thus, the Danielic author constructs a Hellenistic Jewish framework for the eschatological speculation meant to support Jewish interests over against Roman-controlled Seleucids and Ptolemies.